Is Bottled Water Safer Than Tap? 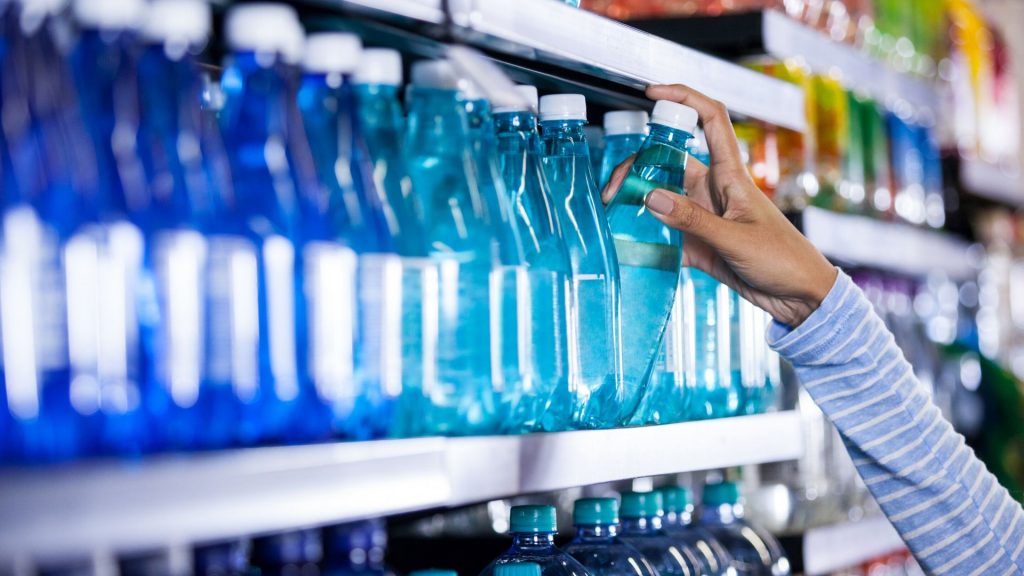 Think your 5 gallon bottle of filtered spring water is safe to drink? Think again. It may be more contaminated than the water from your tap.

It may be the nation’s best selling beverage, according to the International Bottled Water Association, but bottled water isn’t necessarily healthier or safer than tap. From heavy metals to microplastics, the risk of consuming harmful chemicals and bacteria isn’t confined to tap water or natural sources only.

In fact, you may be surprised to learn that some leading manufacturers of bottled water are the biggest offenders. A consumer report released in April 2019 revealed high levels of arsenic in bottled water tested for a range of contaminants.

While most passed the test, 11 of the 130 brands were discovered to contain arsenic levels well above the acceptable level established by the FDA and EPA [1]. 6 of those brands had arsenic levels of 3ppb or higher.

“It makes no sense that consumers can purchase bottled water that is less safe than tap water…If anything, bottled water—a product for which people pay a premium, often because they assume it’s safer—should be regulated at least as strictly as tap water.”

The analysis by Consumer Reports is only one example of many other tests that have revealed similar findings. Microbes and bacteria flourish in humidity and moisture. Bottled water companies ultimately source their water from the same sources as public water systems. Even after being treated, however, contamination can occur during transport, storage and handling before it even reaches the consumer.

Illness-causing bacteria can be absorbed into your water dispenser, for example, either through physical transmission or a build-up of moisture inside the unit over time.

Arsenic is a heavy metal that is found naturally in soil. It can be absorbed into the air as well as streams, rivers, and other natural water sources. Volcanoes are another source, and many minerals include arsenic in their composition. In small concentrations, it is harmless. Too much, however, can harm fetal development and cause disease.

Above 0.3 milligrams per liter of arsenic, the taste, odor, and color of water alters noticeably. There’s also an increased risk of harming system components with iron particulates.

Sometimes in the event of an emergency, such as a power outage, or being stranded in a remote area, bottled water can be a great alternative to tap water. But as we’ve learned in this article, it’s hard to know which brands to trust.

Below are some better alternatives to plastic water bottles:

Edible water blobs biodegrade in a matter of weeks instead of the centuries it takes for plastic. This year, over 200,000 plastic water bottles were replaced with seaweed pods at the London Marathon. The makers behind this phenomenon have expanded their line to include alcoholic drink blobs and now food businesses can use them as an alternative to plastic packaging for condiments. Though these pods are small, they’re tackling a large problem.

Glass bottles preserve taste and are better for the environment and your health. Glass containers won’t leach chemicals, nor will they absorb the residual odors or tastes of other beverages. Not to mention, glass water bottles are easy to keep clean and won’t lose their clarity from being washed or infused with fruit and herb blends, as plastics commonly do.

We’ve done the work and searched for the best glass water bottles, so you don’t have to.

An insulated water bottle can provide you with all the basics: stainless steel, double wall insulation, a deep carrying capacity, and the ability to keep drinks cold or warm for up to hours.

Water dispensers can be easily connected to any existing water supply to deliver a continuous supply of delicious, fresh and healthy drinking water for your home or office. Water dispensers also give you the easy option of having your water chilled or heated. There are a wide selection of options you can check out here.

Staying informed about your options can safeguard you and your loved ones from the risk of drinking contaminated water. Anyone who supplies water to the consumer for consumption is required by federal law to test and treat their water for quality. Bottled water companies that fail to meet the FDA-approved standards can be federally prosecuted and/or fined.

If you’re concerned or have information regarding contaminated bottled water, here are some resources provided by the EPA:

To search the EPA database for water quality data in your city follow the link below: