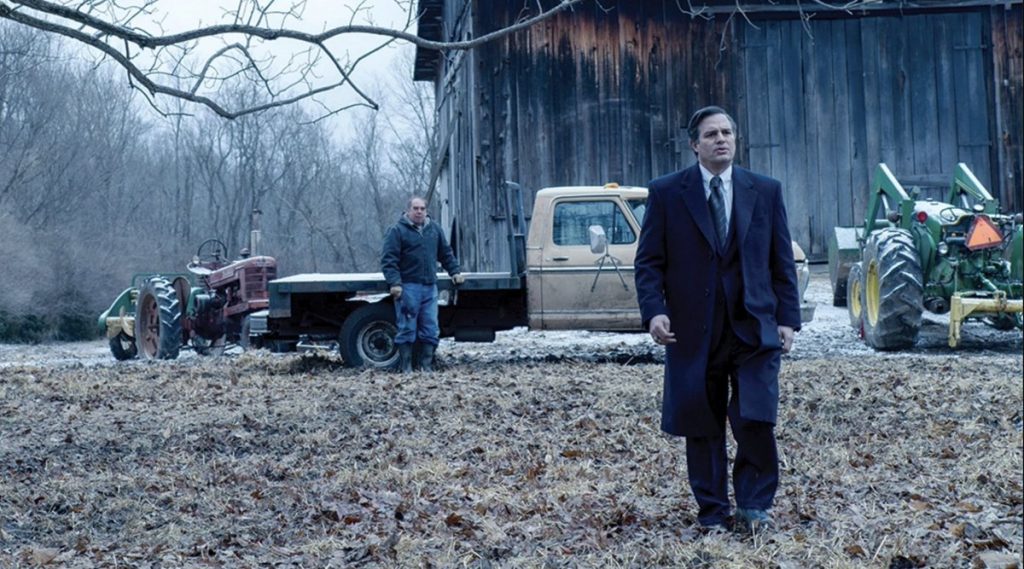 Earlier this year, an environmental group reported that cities nationwide, including Miami, Philadelphia, and New Orleans, have toxic forever chemicals in their drinking water.

PFAS chemicals, also knowns as forever chemicals are found in our food, commercial household products, our workplace, our drinking water, and living organisms, including fish, animals and humans. These chemicals have become a frightening widespread pollution disaster.

PFAS can not only build up, but they persist over time, which is a frightening thought and perhaps the inspiration behind the 2019 movie Dark Waters, which is about the pollution from a DuPont facility in West Virginia. More on this later.

PFAS are known as “forever chemicals” because once released into the environment, they do not break down.

They build up in our blood and organs. Exposure to PFAS increases the risk of cancer and harms the development of the fetus.

Biomonitoring studies by the federal Centers for Disease Control and Prevention show that the blood of nearly all Americans is contaminated with PFAS.

The most notorious PFAS compounds are PFOA, formerly used by DuPont to make Teflon. These compounds have been phased out under pressure from the EPA, but they persist in drinking water, people and the environment.

The new report’s drinking water samples held concentrations higher in more than a dozen places. The highest levels of contamination were found in North Carolina and Iowa.

The only place they tested that didn’t have PFAS contamination was Meridian, Mississippi, which gets its water from a 600-foot-deep well. 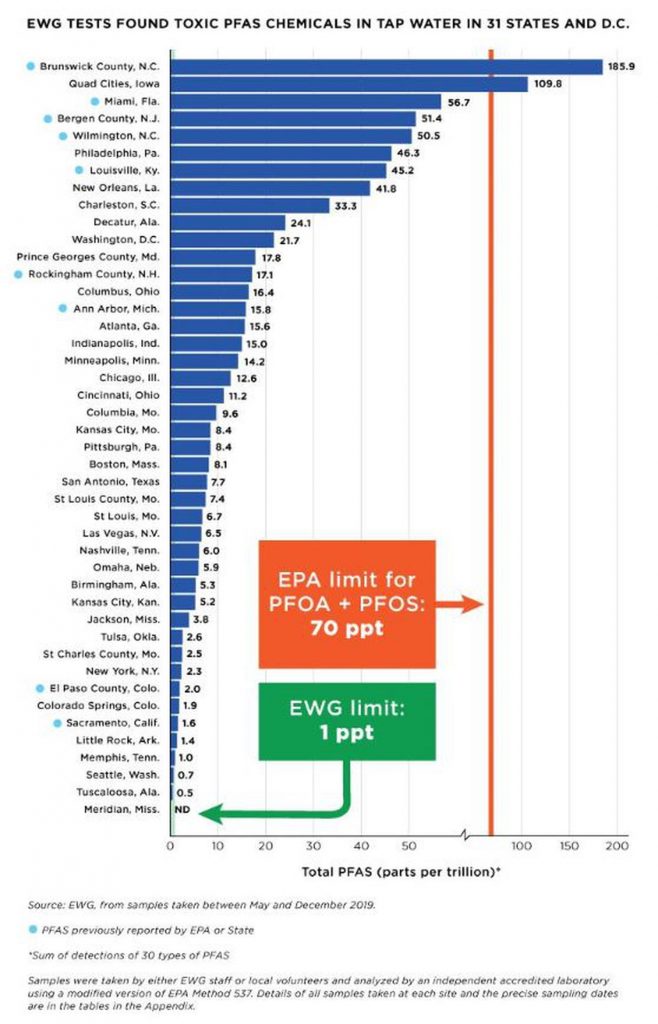 The environmental group is calling for a more thorough nationwide look at the compounds in drinking water and increased efforts to filter them by utilities.

In the meantime, there are steps you can take to ensure that you and your family stay safe. As home quality water experts, we’re here to help you make informed, educated choices on the best water quality products for your home. Check out our guides after this article to learn more.

This film follows attorney Robert Bilott’s ongoing efforts to expose how the company DuPont continued to use toxic chemicals for several decades, even after learning that they caused fatal diseases.

Dark Waters, emphasizes the stark reality for an American, whose basic necessities: bathing, cooking, drinking water—become morbid in unseen ways that even doctors can barely understand.

The cases that the main character investigates all involve PFOAs, which were Produced by DuPont since the 1950s.

PFOAs have only recently been acknowledged as toxic, especially for factory workers who have worked directly with them.

The main character is tipped off to the danger when a West Virginia farmer calls asking for help, stating that his cows were dying at rapid rates, and DuPont, a local employer, was to blame.

As a corporate lawyer, the main character is used to defending chemical companies, not suing them—but he takes the case on nevertheless. Actor Mark Ruffalo, whose personal passion for this story helped put it on-screen, is the perfect unassuming hero.

The film skillfully portrays just how American capitalism can cut through human lives with no remorse of any kind. Dark Waters shows us how companies can act in a manner that’s both criminal and incidental, causing so many people to suffer through the water they drink and the air they breathe.

And as this movie makes clear, this chilling reality is not going away anytime soon.

Learn more about how you can stop the spread of PFAS contamination here.