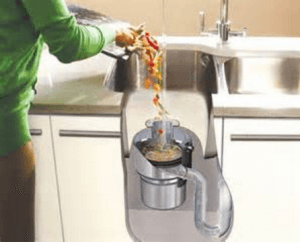 There is no doubt that a working garbage disposal is a useful device to have in your kitchen. It is a perfect way to eliminate food waste.

However, this system often clogs from time to time and might require lots of work to relieve the issue. The good news is that it is a quick and easy project to unclog a garbage disposal.

Therefore, if you are searching for how do you fix a jammed garbage disposal, then you have come to the right place.

Warning Signs of a Jammed Disposer

There are a lot of things that might jam your garbage disposer and one of them is ineffective drainage that is caused by inadequate water supply for washing or flushing the waste.

The other reason is that when food remains such as banana peels, potato peels, and egg shells are ground up in the system and due to either the reaction to water or lack of water, they aren’t ground up properly.

A jammed garbage disposer isn’t hard to clean if you follow the right steps and follow the sufficient safety measures so that you don’t end up damaging the unit or injuring yourself.

If your garbage system doesn’t do anything – that is, it doesn’t even hum or produce any sound – the problem might be that it is not receiving power.

Look for the disposer’s reset button on the underside of the system and press this button. That might be all that you need to get your device running again and unclog the mess.

If it doesn’t work, unplug the system from its power source and test the socket with another device such as hair dryer. If it does not work, go to the main circuit panel and reset the breaker that serves the disposer.

Garbage Disposers clog might be a result of poor grinding. If your device grinds slowly, ensure that you flush enough water while running the system and that you aren’t grinding material that you shouldn’t.

In addition, if you hear the device running but it isn’t grinding, the blades might be broken. It is usually cheaper and easier to just replace the whole system.

When you find water stagnant in the sink, this might mean that your drain is clogged either in the device or further down the system.

This isn’t a garbage disposer issue but a plumbing issue. You will probably need to remove the drainage system under the sink and clear the mess.

Flush water before and after you use your garbage disposal. If something has stuck in your device that shouldn’t be there, use pliers or tongs to pull it out (don’t use your hand).To clean your garbage system of built-up debris and sludge, fill it with a cup of rock salt and ice cubes and then run it for five seconds.