Our World’s Water Resources Are in Crisis. Here’s What You Can Do About It

To say that our world’s water resources are in crisis is putting it mildly. The limited supply of freshwater for drinking, cooking, bathing, and sustaining life is becoming one of the scarcest resources.

While almost 70% of the earth is made up of water, clean water makes up only a tiny fraction of all water on the planet.

Let’s put this in perspective for you:

Out of the 70% of the water that is covering the earth surface, only 3% is considered freshwater. Furthermore, roughly 2.6% of this freshwater is unavailable for people.

Why is this so?

2.6% out of the 3% that is freshwater, is either trapped in polar ice caps/glaciers, stored in the atmosphere/soil, is highly polluted or is too far underneath the earth’s surface to be extracted.

That is why many parts of the world (including parts of America) are greatly suffering from a clean water shortage.

Think about it:  with all the severe droughts happening in the world, not to mention our continually growing population, it only makes sense that competition for freshwater is on the rise.

According to the United Nations, water use has gone up more than twice the rate of our world’s population increases in the last century. By 2025, an estimated 1.8 billion people will live in areas suffering by water scarcity.

What are the main causes of water scarcity?

Water scarcity is a silly concept to many and a stark reality for others. If you find yourself being skeptical about water scarcity, here are some facts that will make you reconsider the effects of water scarcity:

Overuse or wasted water sadly end up lost to the ground. Wasted water happens every day, instances like leaving your taps running while multitasking or doing other things contribute to wasted water.

When drought occurs, there is usually no rain for a long time. As a result, people do not have adequate water for domestic and industrial use.

Water catchment areas such as forests are being destroyed through deforestation to pave the way for human settlement.

Now that we know that our water supply is not an infinite resource, the challenge we now face is how to conserve the water we have efficiently: 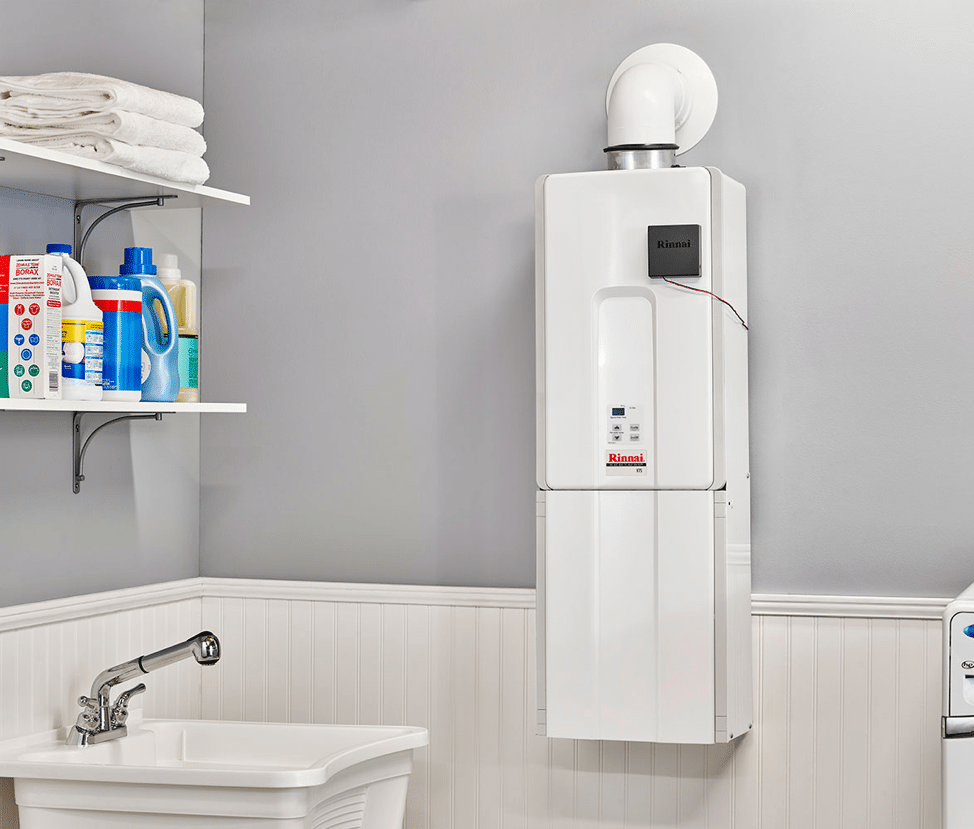 As discussions of water conservation rise, the cost of water is also on the rise.

Heating water is the second-highest energy expense in the home, with nearly 20% of average utility bills spent on your water heating system.

Here’s what uses the most water in your home:

This is a lot of (wasted) water.

For this reason, many people are making the switch from a traditional hot water tank to the point of use or on-demand electric tankless water heater.

Switching to a tankless water heater will not only save you significant amounts of money in the long run, but it will also conserve our limited water supply.

If you have not already invested in one, you can check out our tankless water heaters reviews to help you identify the right make and model for your needs.

With a tankless water heater, you have hot water on demand whenever you need it. When you turn the faucet or the shower on, there is no waiting period for the water to warm up before you start using it.

In contrast, the conventional water heater may take several minutes to heat up once the water starts running, which not only wastes precious water, but it also increases your bills and water usage.

Another thing to consider is that with a conventional water heater, your hot water supply is usually limited to the number of gallons that the tank will hold. That means, once the hot water has been used or “runs out,” it may take several minutes for another tank of water to be heated.

Traditional water tanks are continually using energy to keep water hot regardless of if you are using it or not. This is a substantial contributing factor to your monthly utility bills.

With an electric tankless water heater, water is only heated as needed, saving valuable energy and reduced utility costs.

Fact: Homeowners who used tankless water heaters have experienced significant reductions in their utility bill, up to 34%, as a result of switching to the tankless option.

Savings will be immediate on your utility bills once the system is installed, but the upfront costs are slightly higher for the system itself.

This factor alone discourages people from switching to tankless. However, when you take in the fact that you may have to replace your water heater three times in the same timeframe that one tankless system will last, it doesn’t seem so costly.

Water Softeners Save you Monday & Water Too! 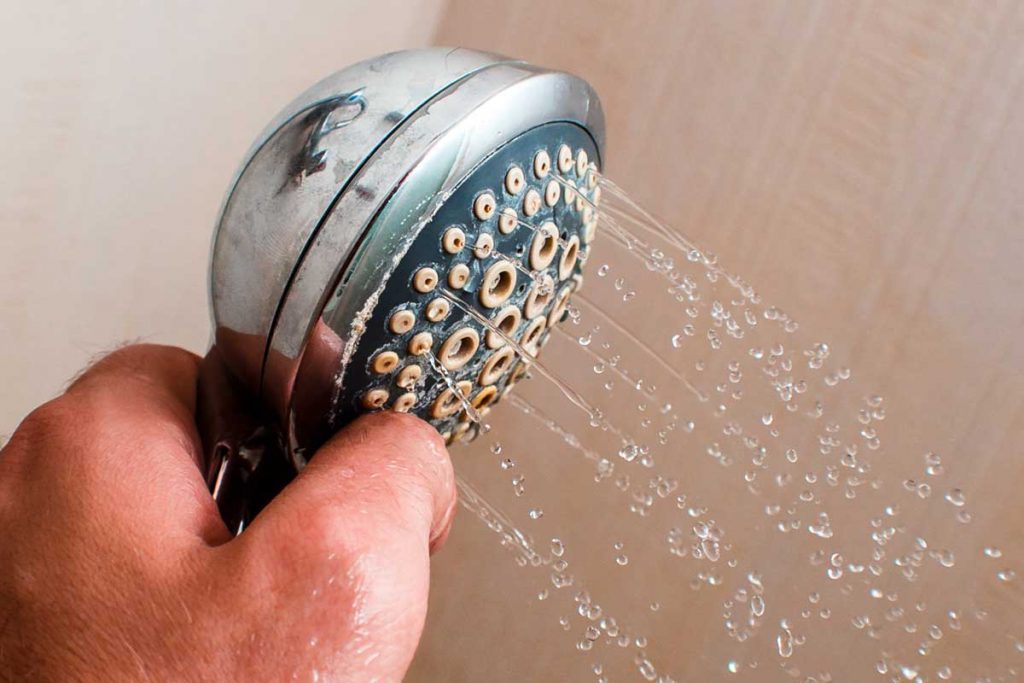 As we’ve learned in this article, not all water is equal — and you’ll know this if you live in an area where hard water is standard.

Hard water leads to a -build-up of limescale that has a hard, chalky, off-white appearance. It is visible in your taps, inside your coffee pot, and residue left on your skin.

If you live in an area with this type of water and you notice that your household bills keep piling up, the chances are that you will want to invest in a water softener system to treat it.

A water softening system works by removing excess amounts of calcium and magnesium in your home’s water, thereby softening the water.

There are many softening systems on the market, but at the end of the day, it’s about finding the one that will suit you, your family and your home’s unique needs.

Below are some common signs you may be dealing with a hard water problem:

That said, here are some ways in which a water softener will save you time, money, and water:

Water leakage happens when the limescale starts to build up around the valves of your appliances, leading to the valves inability to close. The -build-up of limescale typically occurs around the threaded pipe joints, resulting in water leakage.

A water softener can prevent water leakage by stopping the -build-up of limescale inside water pipes and around the valves of your appliances.

According to Carbon Trust, a 1mm layer of limescale causes a 7% increase in energy input to a boiler. In traditional water heaters, limescale creates an insulating layer which inhibits the transfer of heat to the water.

Limescale can lessen the effectiveness of your household appliances and also decrease their efficiency.

The harder these appliances have to work, the more energy they’ll use, and the higher your bills will be too.

Soap is attracted to the minerals in hard water which makes it produce fewer suds and becomes less effective in hard water.

If you have hard water in your home, doing laundry, washing dishes, bathing, or washing your hair will become a challenge and installing a water softening system can significantly help with this.

Limescale can -build-up in prominent places such as taps, sinks, kitchen utensils and tiles. Limescale in these places is unsightly and unsanitary. Extra cleaning materials have to be bought to remove limescale.

If your home has a water softener, you won’t need to spend additional money to clean up limescale.

5. Preserving the Quality of Your Fabrics

If you’re noticing that your clothes and bedsheets feel scratchy and are hard to wash because there is so much extra mineral substance in your water. The best way to get rid of this quality in your laundry is to get the best water softener.

Hard water makes your pipes have to work harder to let flow through, which makes your water usage go up. Repairing your plumbing regularly is expensive and causes extra wear on the house.

Getting rid of hard water stains on glassware can be a serious pain.  It can also make them more prone to breaking easily. Of course, using a water softener to eliminate hard water stains is likely the most effective course of action.

More Simple Ways to Save Water 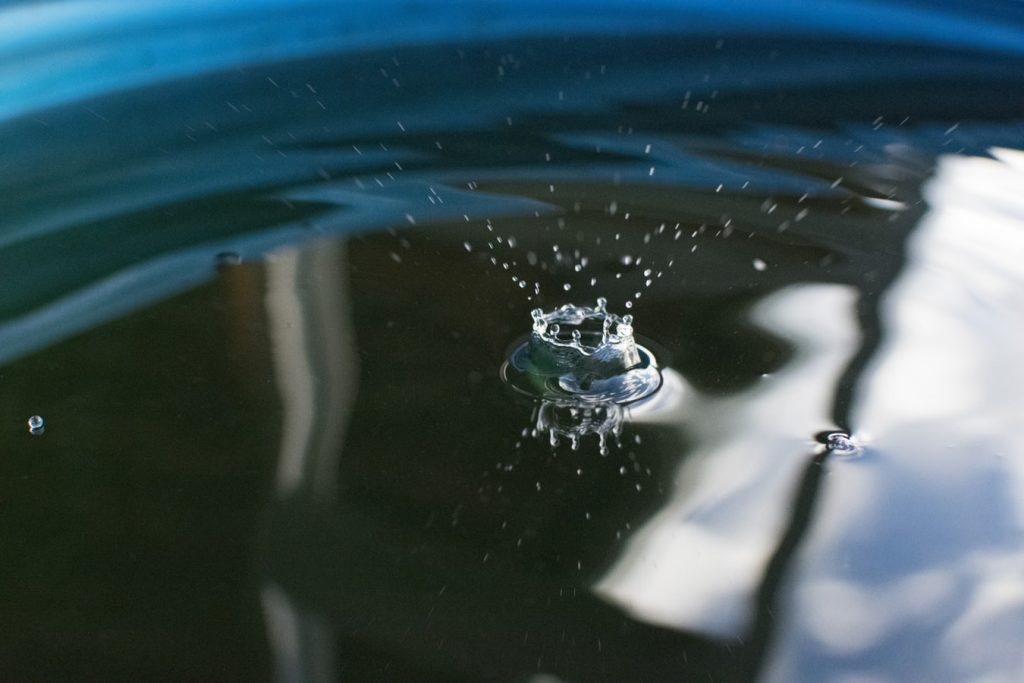 When trying to conserve water resources at home, it’s can feel overwhelming to know where to start.

Every home faces different opportunities and challenges when it comes to reducing water use.

To help you with this, we will break these water conservation tips in the following sections: kitchen, bathroom, laundry, outdoors, and plumbing.

With our population growing and such a small percent of the water fit for human consumption, it only makes sense that we preserve and conserve this precious resource.

Water conservation is not a job that is reserved for scientists, hydrologists, foresters, or city planners. Rather, it is up to each one of us to conserve water.

We can all make changes in our lifestyles to reduce our water usage. The trick here is making water conservation a way of life—not just something we think about once in a while.