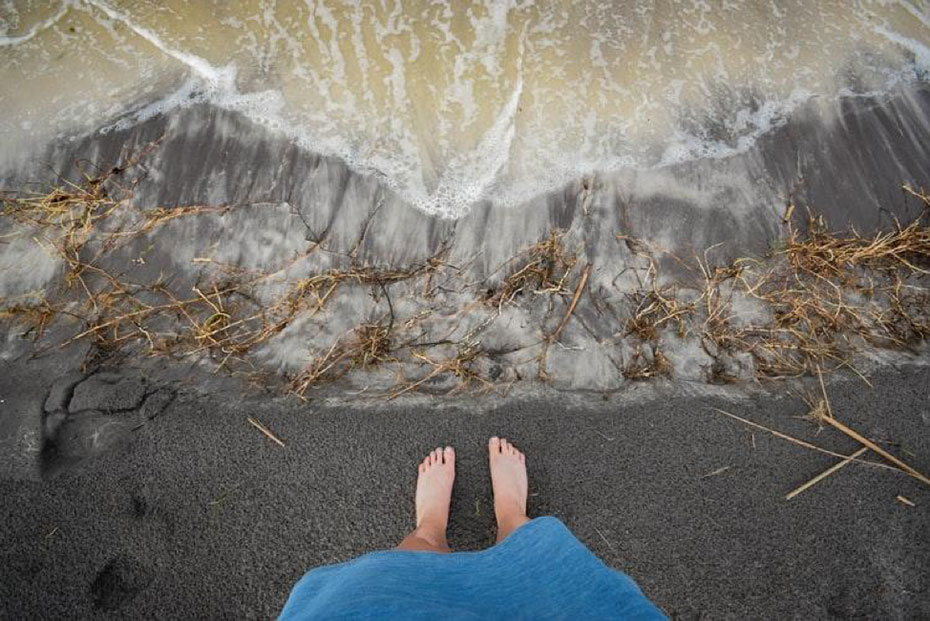 There are many great things about living in the Midwest. The Great Lakes, many professional sports teams, and more acres of farmland than anyone cares to count. However, more and more, the residents of these towns are finding that the groundwater that once ran fresh and clean from taps in the Midwest has become laced with contaminants and several other disturbing things.

The waters that once ran fresh from taps in the Midwest has become laced with contaminants.  It’s not just about drinking safe water – the people from these areas have reported that they can’t brush their teeth with it, let alone take showers comfortably.

Rural communities are calling it their own Flint. How can we forget what happened to Flint, the water crisis that was tied to industrial farms and slack regulations? That for many years, has contaminated thousands of residential wells across the Midwest.

If that wasn’t alarming enough, these fears and frustrations over water quality issues in the US and contamination continue to rise. The fissured bedrock in Wisconsin, to the chemical-tainted wells in New Hampshire, to diminishing water reserves in Arizona.

According to Newsweek, researchers have estimated that as many as 32 million cases of waterborne disease occur nationwide every year. The most recent summary from the Centers for Disease Control found 42 outbreaks in 2013 and 2014, with 1,006 cases of illness, 124 hospitalizations and 13 deaths. For the water industry, these events represent failures to fulfill its core mission, much like plane crashes for the aviation industry.

Homeowners now have to choose between installing expensive filtration systems, spending thousands to dig deeper wells, ignoring the problem or move to another part of the world entirely.

Wisconsin’s state report recently found that as many as 42,000 of the state’s 676,000 private wells were likely to surpass the federal health standards for nitrates. Nitrates can come from manure spreading and have been linked to a dangerous blood condition in babies and may raise cancer risks in adults. We will get into nitrate reduction later on in this article.

While wells contaminated by bacteria and hazardous microorganisms can be bleached with chlorine and other disinfectants, there is no easy fix to remove nitrate from water. Many citizens are stating that they cannot drink from the tap or water their livestock without worrying about nitrates or E. coli bacteria.

For most people residing or visiting these towns, the common water quality problems have tarnished the natural allure of places such as the Wisconsin River. “It’s so sad. It’s so beautiful here,” says Carol Mount, a resident of Wisconsin state. 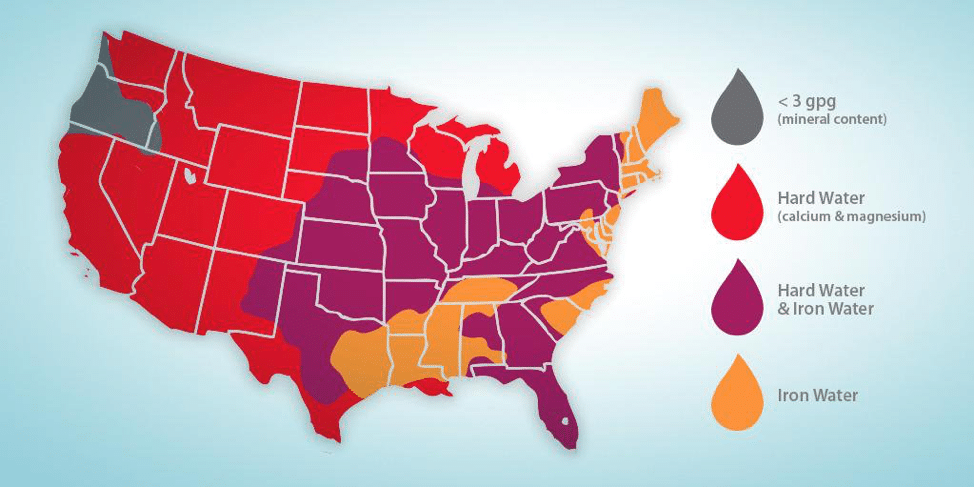 Water contaminants in the Midwest are not the only concern. Midwest states have exceptionally high levels of hard water supply. Hard water is another water quality problem affecting roughly 85% percent of the United States. It’s usually the result of high levels of calcium and magnesium. While that may sound harmless, hard water can destroy your home’s plumbing, eat away at your clothing, and causes health problems.

There are varying levels and degrees of hard water depending on where you live. However, the states that are most likely to grapple with hard water include:

If you live in these areas, here’s how to tell if you have hard water:

While many would argue that drinking hard water is generally harmless, according to the National Library of Medicine National Institutes of Health, research over the past decade begs to differ. Evidence has been accumulating about the cardiovascular mortality of drinking hard water. Also, several epidemiological investigations have demonstrated the relation between risk for cardiovascular disease, growth impediment, reproductive failure, and other health issues due to the consumption of hard water.

With the consumption of hard water, one of the first noticeable effects is skin irritation. People who have bathed with hard water stated they notice dry and hard bumpy patches of skin caused by irritation from showers. The extensive minerals that exist in hard water can mean that the hygiene products we use in the shower don’t dissolve well in the water.

This lack of desolvation can lead to irritation of the skin when products don’t rinse off the skin thoroughly. Using a system such as a water softener can get rid of the minerals dissolved in the water, making it easier for shampoos and soaps to dissolve and rinse fully from the skin. More on water softeners later on in this article. 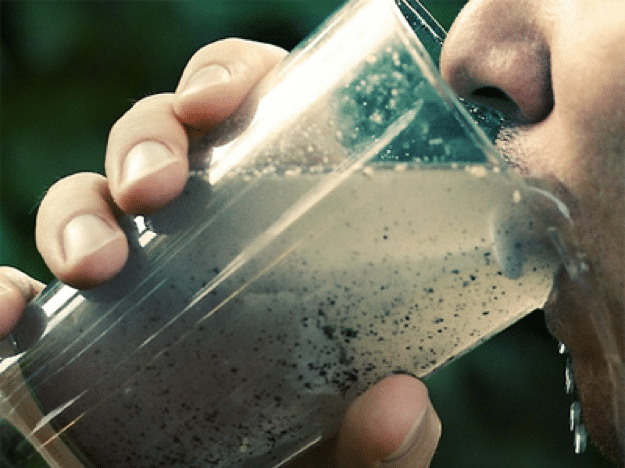 According to the Environmental Protection Agency, More than 90 contaminants are regulated. However, 100 more of those are not. While certain water contaminants, like iron, sulphur, and total dissolved solids, are easy to spot by residue, odour, and discoloured water, other potentially harmful contaminants can’t be felt by our senses.

Depending on the contamination and duration of exposure, health effects can include neurological problems and developmental disabilities in children, interference with hormones, and increased risk of cancers of the skin, bladder, and kidney.

Here are some of the main types of water contaminants that can go undetected:

This contaminant is one of the most dangerous and deadliest ones out there and is widely known as poison. Arsenic is toxic, even in small levels over some time. According to the United States Environmental Protection Agency, continued exposure to arsenic has been known to cause various cancers, damage to the nervous system, skin conditions, and many other health concerns.

The most disturbing aspects of lead in water are that it can be next to impossible to tell if it’s there or not. Levels of lead concentration in your tap systems can often go unnoticed because it’s invisible, odourless, and tasteless. The most common way of drinking water that has been exposed to lead is through ageing pipes and plumbing infrastructure.

Across America, water systems are old, poorly maintained, and in dire need of modernizing. From lead service lines to silt and debris in drinking water after heavy rain to fecal contamination. Moreover, many of the country’s pipes and fixtures still contain portions of plumbing infrastructure that hasn’t been updated. When pipes, fitting, or solder have aged and corroded, it contaminates the water more quickly.

A significant reason for poor water quality is from contamination from sewage and septic systems. When human waste seeps into nearby soil, it can lead to groundwater contamination. This can obviously lead to serious illness,  such as hepatitis and dysentery. Bacteria like E. coli can also would up in your water from this type of contamination. Water contaminated such as these can be deadly to consume, especially when it comes to elderly people or children and infants.

Along with water contaminants such as lead and arsenic, nitrates in water can be challenging to detect because they are generally odourless, tasteless, and colourless. This obscurity means that the only way to know whether nitrates are present in your water is to have it tested. Nitrates are common contaminants of groundwater, especially in rural areas, as they find their way into water sources through fertilizers, septic systems, and manure storage.

People who are most susceptible to high nitrate levels in water are infants since their bodies are too small to handle increases in the levels of nitrogen effectively. For adults, in some cases, excess nitrate consumption can lead to carcinogen creation in the body as the excess nitrogen interacts negatively with standard body chemistry.

Perfluoroalkyl and polyfluoroalkyl substances (PFAS) are a group of human-made chemicals that include Perfluorooctane Sulfonate (PFOS) and Perfluorooctanoic Acid (PFOA). These elements harm the health of those exposed to them.

Sulphurous water generally refers to water with dissolved hydrogen sulphide content or the presence of sulphur bacteria. This type of contaminated water often affects homes or businesses using well water. Those more susceptible are those in areas where the water supply could be easily compromised, or areas that may be poorly treated and inconsistently monitored. If sulphurous water is localized, it may also be a sign of a contaminated water heater.

Taking Water Quality into Your Own Hands 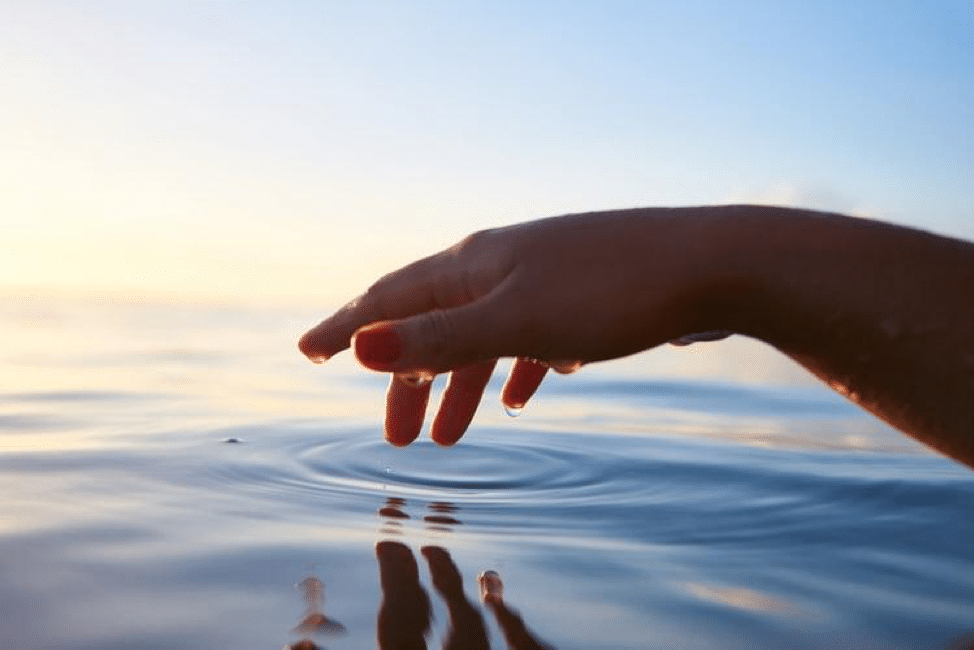 By now, you’re probably second-guessing whether your drinking water is safe. We don’t blame you. Recent articles found online suggest that nearly half of Americans are unsure too. It’s not shocking that people are beginning to feel this way considering the growing environmental tragedies like the Flint water crisis.

While more technology exists to take testing into one’s own hands, monitoring air and water quality is still tricky. And if we are honest, it’s the responsibility of a municipality, not an individual homeowner.

If official promises of safety can’t always be trusted, then at-home products can make up for the government’s shortcomings. You may be thinking that testing your home for contaminants is hard, or that traditional water testing is expensive, or maybe that the reports are difficult to understand.

However, you shouldn’t feel discouraged because there are a lot of great high-quality water products on the market. We here at the iWater Purification Foundation are continuously seeking to educate the public on water safety, treatment and the very best purification products. For example, If you live in a state with hard water, having a device like a water softener system is tremendously helpful in treating your water supply.

Water softeners remove the minerals that are causing the water to be hard. They have specific ion exchanges that are designed to remove ions which are positively charged. Anti-scale systems turn calcium ions into calcium crystals. The crystals are harmless, neutral, heat resistant and completely stable and will not attach to any surfaces like your pipes and heaters to cause lime deposits.

As we have learned today, household tap water is no longer entirely reliable, either due to extensive chemicals or ineffective treatment processes. This condition means that plain tap water is no longer viable from a health perspective. A reverse osmosis filter system remains the most effective method that filters potentially harmful elements from your tap water. The system works by eliminating molecular compounds of sizes smaller than water. The process is like squeezing out what is good and throwing undesired residue away.

Reverse osmosis is the most effective purification method that can rid the water of all those contaminate compounds. This method has been lauded as the best in purifying water for industrial and printing processes that require only mineral-free water.

Most Americans take clean drinking water for granted, as merely a convenience of modern life. The reality is that we can no longer assume that our water is safe to drink. Every day new challenges are constantly emerging. This past spring, researchers at the nonprofit Environmental Working Group and Northeastern University reported that 43 states have sites where water is contaminated with toxic fluorinated compounds known as PFAS.

There are more than 151,000 public water systems in the United States serving residential communities, schools, office buildings, hospitals and other sites. It is especially challenging for small towns to fund infrastructure upgrades and monitor water quality. In areas such as Wisconsin, farmers have set up state-supported nonprofits focused on improving water health.

We encourage everyone to take an active role in protecting the water resources in their communities. Your feedback and participation in your state water quality standards review is an essential component in preserving the resources that are important to us all. The most current EPA-approved WQS for your state can be found by clicking the link here.